Home - OUR FIRM - About Patrick 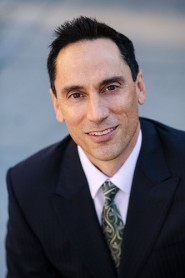 Patrick has been living in San Diego since 1983 and graduated with honors from the University of San Diego in 1989 with a degree in business administration. Patrick continued on at the University of San Diego School of Law, receiving his Juris Doctor in 1992. Patrick also completed the Institute on International and Comparative Law in London, England in 1991. Patrick has been in private practice since 1994, having worked at large firms before starting his own practice in 2002. Patrick has been certified as a specialist in Family Law by the California Board of Legal Specialization since 2001. Patrick also handles select civil litigation matters having tried several cases in front of a jury and countless cases before a judge.

To Pat, Thank you for all of your hard work. Andrew J.

Mr. Mazzei, I would like to thank you again for your time and consideration in assisting [Our Business]. and myself with our recent issues with [Defendant]. I will keep your contact information handy and be pleased to refer people your way at every opportunity. Michael P.

Dear Pat, Thank you for being the “Best lawyer that ever lived!” And may you have a very Merry Christmas. Your friends, Jeremy and Lin G.

To Pat & Leilani, Thank you both for everything you’ve done on my case. Hope your holidays are filled with joy. Christopher G.

Dear Leilani and Pat, I want to thank you both for all your help over the past year in helping me resolve this nightmare. You both have done a terrific job and my family and I are eternally grateful for the outcome you’ve created for us. Let me know when I can pick up my boxes of paperwork. I’m sure (it) is littering your office! Thanks again. Also please let me know also when I’m “final.” Always, Donovan H.

2012 Thank you for your sincere efforts to “help” us stay in our son’s life. He needs “us”- family. We would appreciate notice once R.J.’s father has been served with the new order. Sincerely, Steve C.

I truly appreciate all the work you did to help me. Your compassion to my circumstance changed my view of the legal system. Thank you

Patrick, I can’t thank you enough for your expertise in this case. I would’ve never been able to do this without your help. People come to me for hair care and you for court care. Truly, Martin F.

Mr. Mazzei, I just wanted to say thank you so much for your friendship and excellent services, you really helped me out a lot getting some child support. I know it’s not much, but it’s all I could really afford. I really wanted to say thanks to you. Merry Christmas as well. Sincerely, Jason K.